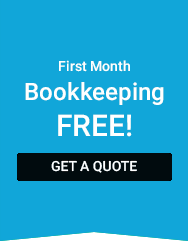 National accounting standards, such as Generally Accepted Accounting Principles (GAAP) that are specific to the United States and other countries, are guidelines for accountants to follow when preparing financial statements and documents.  As the business world flattens and global transactions become more frequent, work is being done to create a new system of standards that can be used on an international accounting level.  International Financial Reporting Standards (IFRS) have already been accepted by many countries as guidelines on financial record keeping of business affairs.

The idea is to develop an international accounting language.  This may provide a higher quality of information when comparing investments on a global level as well as reduce the cost of obtaining or generating that information.  Of course, businesses with a high level of global transactions, whether it be sales or investing, would benefit the most from the implementation of IFRS.  Australia, Canada, European Union, India, Japan, Montenegro, Pakistan, Russia, Singapore, South Africa, and Taiwan have all adopted IFRS.

Criticism has mainly come from the United States and France.  The U.S. Securities and Exchange Commission issued a 127-page document citing reasons not to adopt the standards, which were responded to by the staff of the IFRS Foundation.  The French media has also been outspokenly critical.